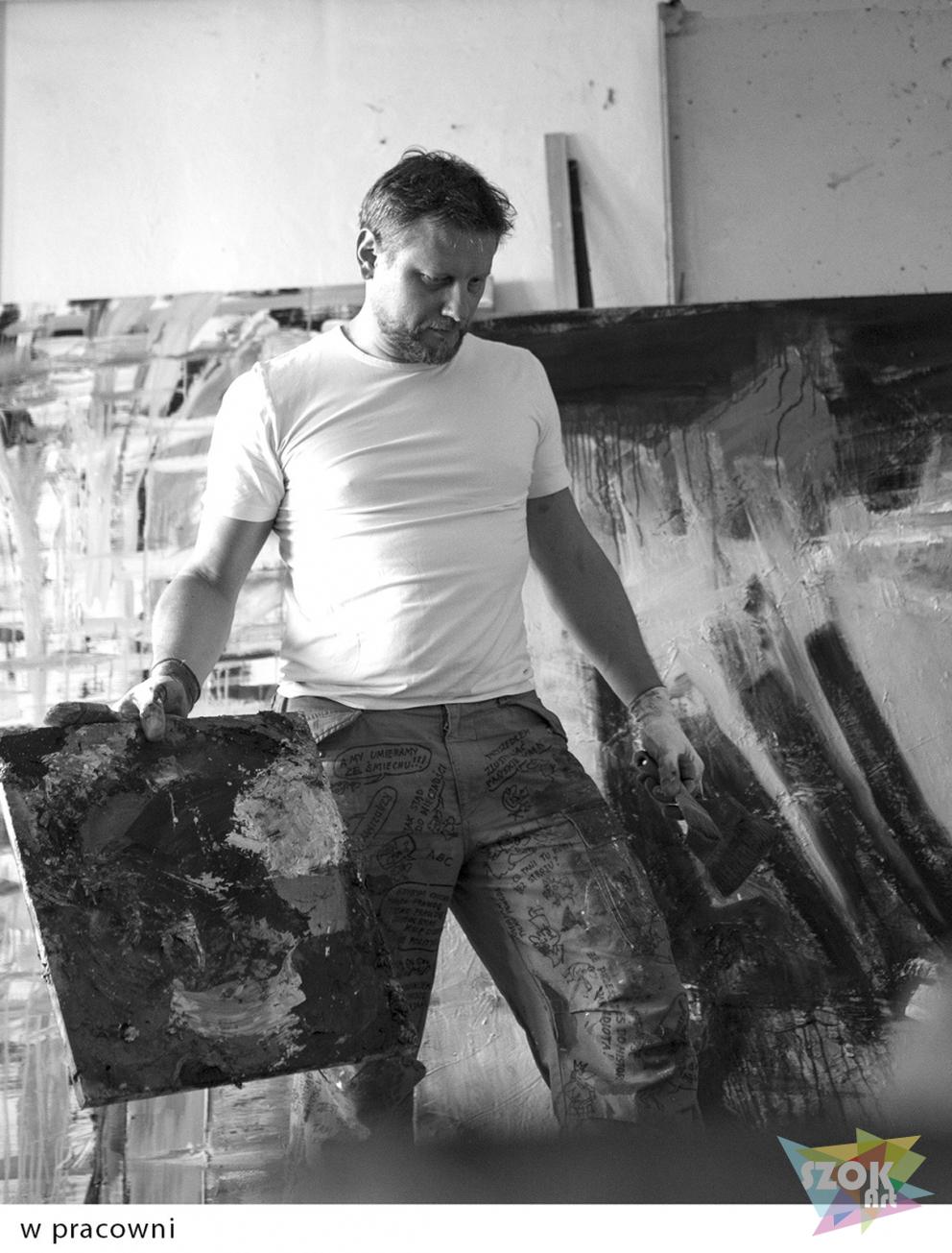 In 1998 graduated Academy of Fine Arts in Cracow, speciality: painting; laboratories : prof. L. Misiak, prof. L. Ząbkowski, prof. W. Kunz . Presently he’s working on series of abstract paintings based on impressions from travels and searches for attractive, thick forms of expression. These series are : Iran, Australia and La Gomera.
Above that, he’s directing preparation works to a feature-length animated film : „The Planet”.

Author and creator of TeD and several other cartoon characters. He debuted in „Przekrój”, famous weekly social and cultural  magazine in 1998.

Since then, he has published over 5,500 drawings in national and foreign daily papers and weekly magazines. He is an author of five books and albums. He has made 62 shorts animated films. Laureate of  awards for films and drawings in national and international contests. Scholar of Polish Minister of Culture and Erich Pommer Institut – Berlin.
In 2012-2014 he created a game, which in April this year had its worldpremiere on AppStore. He takes an active part in works of Jury of international film festivals in Łódź /ReAnimacja/, Teheran / ROSHD international – twice /, Krakow and Sydney /CINEWEST/.
He has made several dozens of exhibitions and individual shows in Poland and abroad.

His works  may be found in collections of :

Member of Polish Filmmakers Society and SPAK and ZAPA.

He was lecturing classes in animated film diretion among others, for:

Andrzej Lichota - Works of the artist in the gallery

No results were found matching the criteria